Mia is arguably one of Australia’s most successful Great Dane females.

Mia gained her GRAND CHAMPION Title at the tender age of 2 years and 7 months.

Mia’s elegance of outline and grace of form has been recognised by local, interstate and international judges, including breed specialists, at the Group and Show level. 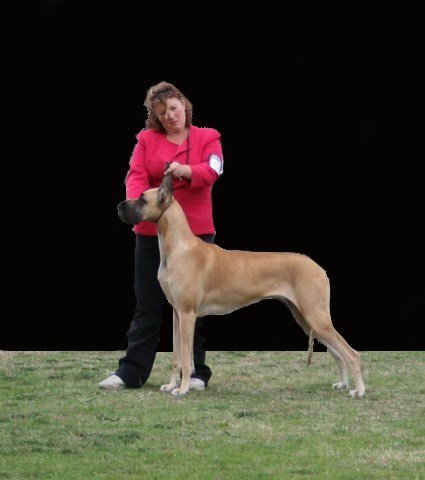 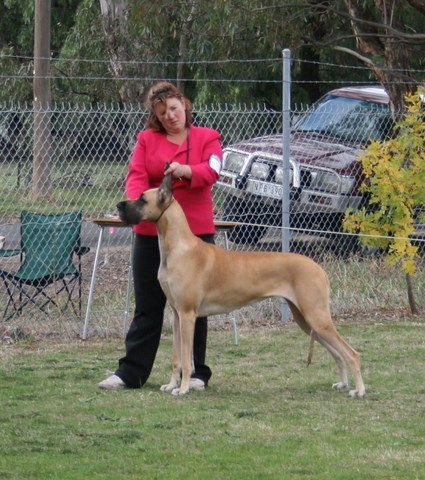 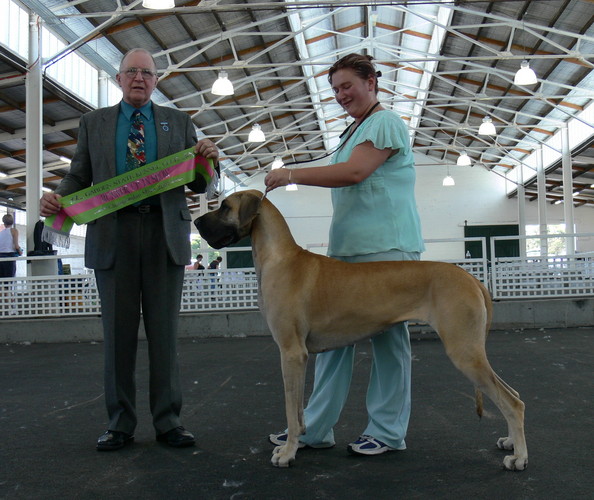 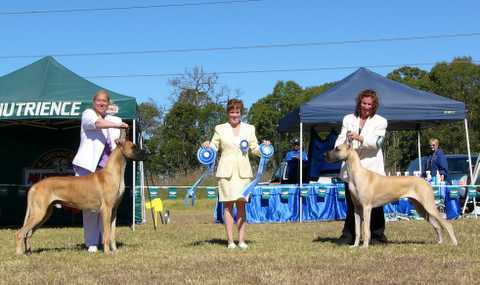 Mia (on the right) – Runner Up Best In Specialty & Best Puppy in Show at The Great Dane Club of NSW “Easter Spectacular” Show 22 April 2006. On the left is the Best in Show winner Conan (Gr Ch Amasa Celtic Conan). The Judge was breed specialist Mrs Patricia Lowe (NZ). 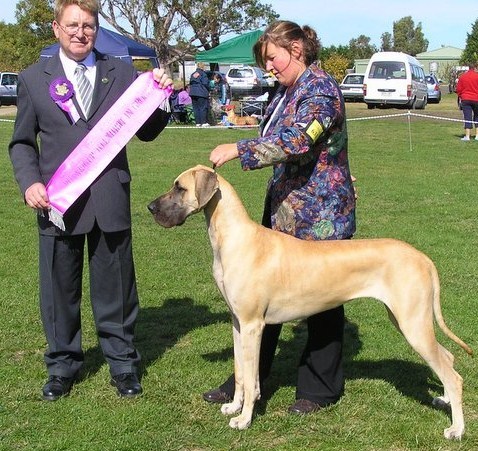 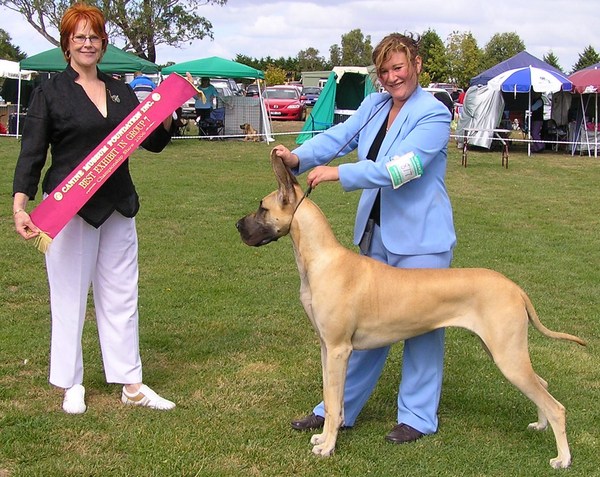 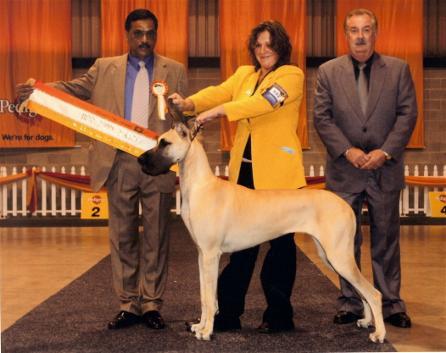